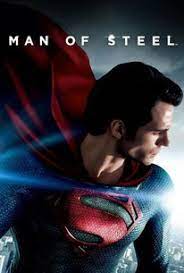 The planet Krypton has been destabilized by mining in the planetary core. Before the planet explodes, Krypton’s Supreme Council Chief Advisor Jor-El (Russell Crowe) infuses the entire Kryptonian genetics codex into his infant son Kal-El and launches him in a spacecraft toward Earth before being killed by General Zod (Michael Shannon) in the midst of an uprising. Kal-El lands in Kansas, where he is adopted by Jonathan Kent (Kevin Costner) and his wife Martha (Diane Lane), who name him Clark (Henry Cavill). He grows into his superpowers gradually, which Jonathan tries to hide from the public for his protection. He even refrains from asking the youngster’s help during a tornado, dying as a result. Clark is devastated with guilt and wanders the Earth under various aliases, looking for the meaning of life.

Daily Planet reporter Lois Lane (Amy Adams) is given the assignment of investigating a Kryptonian scout-ship found in the Canadian arctic. Clark enters as a worker and learns from its artificial intelligence, which is modeled on his father. He understands that he was sent to guide and help the people of Earth. Lois accidentally triggers the ship’s security system and Clark saves her from its defenses. He wears a uniform the A.I. has given him and begins to test his flying powers. Lois is unable to convince publisher Perry White (Laurence Fishburne) to let her publish an article on the incident, so she tracks down Clark in Smallville. She intends to out him but hearing about Jonathan Kent’s sacrifice to keep Clark’s secret, she abandons the story, which makes Perry White suspicious.

Zod and his gang escape from imprisonment in the Phantom Zone and take several terraforming devices to Earth, to make it a second Krypton for them to rule. They capture Clark and Lois, and Jaz-Ur (Mackenzie Gray) extracts Clark’s genes so they can create Kryptonian colonists according to Zod’s ideas on genetic purity. Clark and Loris turn to the Jor-El A.I. to take over the ship and flee to inform the U.S. Military of Zod’s threat. Clark engages in an explosive confrontation with Zod’s troops.

Zod deploys his World Engine, which devastates Metropolis and puts humanity at risk. Code-named Superman by the military, Clark destroys the terraforming device as the military launches a suicide attack. Zod’s troops are sent back to the Phantom Zone and Zod vows to destroy Earth in retaliation. In a battle between Superman and Zod throughout Metropolis, Zod is killed. Later, Clark adopts the name of Superman and takes a job undercover as a reporter for the Daily Planet.

The film was directed by Zack Snyder, written by David S, Goyer from a story by him and Christopher Nolan, the producer. I don’t know why studios have to reboot Superman and Batman again and again, but this was an attempt to mine the entire DC franchise. The film received mixed reviews, many admiring the action sequences, cinematography, visual effects, and the direction of Zack Snyder, along with the music of Hans Zimmer, but unimpressed by Cavill, the pace of the film, and the serious approach to the story. It did make a tidy profit, however, leading to the sequel Batman v. Superman: Dawn of Justice. The movie was heavily criticized, but I thought it was exciting and emotionally compelling, and I was surprised at Cavill’s acting depth.

Writing pitches were sought out from comic-book writers, screenwriters, and directors. A judge ruled that if they did not begin work on the film soon, they would owe 50% of the profit to the Siegel family. Much of the film is told in flashback, like the Dark Knight Rises, and this was a good way to deal with an origin story we all know too well. Superman is portrayed as a religious figure, with Kal-El sent off like Moses in the basket, sacrificing himself like Jesus, and sometimes taking a crucifixion pose, just in case you missed the symbolism. The Kryptonian family name El is in fact the name of God, as Siegel and Shuster would have known full well. The studio used a Christian marketing firm to advertise the film. Guillermo del Toro considered this his favorite Superman movie. The architecture on Krypton is decidedly art-nouveau.

For the role, Henry Cavill consumed 5000 calories and trained two hours every day. He thought it cheating to use steroids or digital touch-ups to his body, so he achieved a body fat level of seven per-cent for his shirtless scenes. Zack Snyder insisted on these scenes so the audience would not think his physique was a rubber suit. When he put on the Superman suit, no-one even snickered and Snyder knew it had worked. Afterwards, Cavill was rewarded with a pizza and a tub of ice-cream. The suit, incidentally, is actually underwear. It is what Kryptonians wear under their body armor.

After an extended search, they picked Amy Adams for Lois Lane because she could be smart, tough, funny, warm, and ambitious at the same time. Michael Shannon was chosen for General Zod because he is a powerful actor, both intelligent and malicious. Kevin Costner and Diane Lane were chosen as Jonathan and Martha Kent because they could be the very picture of American wholesomeness. Laurence Fishburne based his Perry White on CBS correspondent Ed Bradley. Russell Crowe had the gravitas to carry off Jor-El, following in the footsteps of Marlon Brando, but much more athletic. Gal Gadot was pregnant and could not play General Zod’s sub-commander Faora-Ul, leaving her free to play Wonder Woman later.