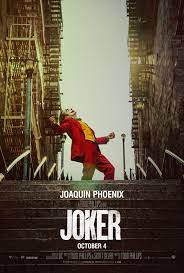 The Joker has been a thorn in Batman’s side from the very beginning. He first appeared in Batman Vol. 1, #1 (Spring 1940). He was always insane: abused by his Aunt Eunice and washed with bleach, beaten up by classmates, raised in squalor and malnutrition. He seems to have been part of the Red Hood Gang in Gotham when Batman first appeared, and in a battle with Batman, in the A.C.E. Chemical Plant, leaped into a vat of chemicals instead of surrendering to the Dark Knight, which gave him the white face and permanent grin. He was sent to the Arkham Asylum many times, hung out with Two-Face and the Penguin, and was possessed of a brilliant, twisted criminal mind.

He has been portrayed on TV and in the movies by some great actors. In the Batman TV series and movie, Cesar Romero played him as flamboyant and whimsical. In the Tim Burton movie, he was played by Jack Nicholson as theatrical and sickly comic. In the Christopher Nolan Dark Night movie, Heath Ledger played him brilliantly as twisted and psychopathic. In the DC Universe, particularly in Suicide Squad, he was played by Jared Leto as totally mad and self-centred. In the Joker movie, Joaquin Phoenix played him as tortured and increasingly schizophrenic. As in Heath Ledger’s portrayal, there is no hint of the comic-book-style origin in a vat of chemicals; he is just fucking crazy.

In the 2019 movie, party-clown and failed stand-up comedian Arthur Fleck (Joaquin Phoenix) lives with his mother (Frances Conroy) in Gotham City, surrounded by crime and unemployment. He has a neurological disorder, is psychologically delusional, and reveals inappropriate emotional responses. When nervous, he bursts into uncontrollable laughter. He is given a gun by a friend after he is attacked by delinquents. He takes a shine to his neighbor--a single mother named Sophie (Zazie Beetz)--and invites her to see his stand-up routine.

While entertaining at a children’s hospital, the gun falls out of his pocket and the friend who gave it to him denies doing so. On the subway, in his clown makeup, Arthur is beaten by three drunks who work for Thomas Wayne (Brett Cullen). He kills all three of them. Thomas Wayne condemns the violence, but those demonstrating against the billionaire industrialist wear clown masks based on Artur’s look. Funding cuts leave Arthur with no therapy and no medication.

Sophie watches his stand-up routine, which fails miserably. His favorite talk-show host, Murray Franklin (Robert DeNiro) makes fun of him on the air. His mother writes to Thomas Wayne, who used to be her employer, alleging that Arthur is his son. He goes to Wayne Manor, where he meets the privileged son Bruce Wayne (Dante Pereira-Olson) and scuffles with butler Alfred Pennyworth (Thomas Hodge) until he is thrown out. His mother has a stroke. Arthur confronts Thomas Wayne, who tells him his mother is delusional. So, he visits Arkham State Hospital and steals her file. On the way home, he visits Sophie, who tells him their relationship does not exist and is a delusion on his part. The next day, he kills her.

He is invited onto late-night TV because he is now famous and shows up with green hair and clown makeup. Later, he kills his betraying friend Randall. He is pursued by police onto a train full of protesters dressed like him and one of the protestors is shot. The police are brutally beaten by the crowd as Arthur escapes. He appears as the Joker on TV, but behaves badly, tells sick jokes, and confesses to murder. He ends up shooting Murray, the host, on live TV. He is arrested for murder as riots break out all over Gotham City. Thomas and Martha Wayne are murdered in an alley, leaving Bruce an orphan. Arthur smears his face with blood and stands on a wrecked police car. He escapes from Arkham State Hospital.

Jared Leto was angry about the movie, as he was supposed to be Joker. For a while, Leonardo DiCaprio was supposed to play the role, but that was in hopes of getting Martin Scorsese to direct. Others say it was written for Joaquin Phoenix in the first place. Basically, everything said about the movie is denied by somebody else. But the character was based on the New York Subway Killer Bernard Goetz. Much of the movie appears to be a delusion on the part of Arthur and who knows if we’re supposed to believe it. Joaquin Phoenix lost so much weight during filming that re-shoots were not possible. Sometimes Phoenix had to walk off the set and compose himself, leaving the other actors confused, though he never did that to DeNiro. The film got a strong R rating. The music got an Oscar and a Golden Globe, composer Hildur Guonadottir being the first woman to do so.

Some said it was more like a psychological thriller than a comic-book movie, but Mark Hamill, who had voiced the Joker in animated films since 1992, loved it. The film won a Golden Lion at Cannes, but American theatres requested police protection at its showing, and it was not shown at the Colorado theatre where a mass shooting had taken place when The Dark Knight Rises was shown. Due to the low cost of production, it made more money than any other comic book-inspired film. It made a billion dollars in the first month. Joaquin Phoenix won the Oscar, the BAFTA award, the Critics Choice  and Screen Actors’ Guild awards, and the movie received 11 Oscar nominations of various kinds. Some people were seriously worried about its effect on the mentally ill, though psychiatrists thought it sadly accurate and welcomed it as a revelation. The Joker’s face appeared at protests alongside V for Vendetta’s Guy Fawkes mask.